Chapter 4: Moths to the FlameEdit

Walk forward and break open the gate. Let the truck fall, then walk forward and take the rubles on the left, the ammo on the right, and the briefcase on rubles down the stairs, as well as more rubles on the crate to the left. Finally, grab another briefcase of rubles near the smoking blue bus ahead of you. Head through the archway to the right and you'll find a sewer manhole leading to the Black Market. I would suggest buying the Vekesk Micro, as it is a fast, close-range weapon that complements the power and range of the Glaive and can be used simultaneously with the glaive, but feel free to buy any gun you want. If you do buy the Vekesk, put a clip extender on it to make it even more effective.

After you're done in the Black Market, head forward to the balcony and drop down on the right. Take cover behind something stone and take out the soldier in the window with your gun. Watch out for more Maulers, and if you see a grenade that sounds like a tin can and emits gas, that's an Enferon grenade, which will stun you and cause damage over time if you stay in its gas cloud, so try to stay out of those gas clouds, which are brown in colour. The sparking transformer above you can charge your glaive and help you through this fight. There's some ammo on the left of the courtyard if you need it.

Head to the left and take cover behind a pillar and take out more guys. Watch out for the machine gun emplacement. Shoot or glaive the user, or grenades if you're feeling devilish. Watch for another mauler, too. After dealing with all of them, take the ammo next to the machine gun and head up the stairs and into the building on the right.

Take the ammo and rubles in front of you, then head through either of the halls on the far left and right sides. Open the wooden double doors and take out all the infected that come at you. Turn to valve on the pillar in the middle of the courtyard, then head to the far side and turn right to get a reload speed upgrade, then to th left into the room with the broken circuit breaker. Get the ammo, then charge your glaive and throw it at the gas above the pillar to ignite it. Throw the fire glaive at the infected material covering the door to burn it off, then head through the door. Grab the ammo on the left, then head up the stairs on the right. Kill the infected climbing up, then head into the room on the left. Grab the rubles on the desk and continue on. Break the lock on the door, then light your glaive with fire and burn the covering. Take the elevator up, open the door, and go through the room on the right, killing more infected. Take the ammo on the left if you need it. Burn another covering and head into the room. Take the rubles and ammo, then walk down the hall.

Watch the cutscene, then drop down. Grab the ammo and take cover behind the corner. Kill whomever you like, but eventually the Colossus will appear and kill all the enemies. Check to the right of the bus and inside the tents on the left for more ammo and rubles, then head down the alley on the right. There's another Black Market manhole if you would like to buy something or apply upgrades, otherwise head into the building, down the stairs, and through the door on the right, grabbing the ammo across the pit if you want it.

Take out the trooper with a whatever-you'd-like to the head, then take cover behind the crates to his left. Glaive and shoot more enemies, and use the machine gun if you'd like. Several Maulers will also come out, so take them out quickly if you can. If they get close, throw the glaive at their shield and spam your pistol/Vekesk at them.

Inside the tent on the left there's more ammo and rubles. After the fight, head down another alley and take either path. Two more maulers will come after you, but the rest are normal troopers. Afterwards, there;s more ammo and another Black Market manhole on the right. Head down the alley on the left, grab the rubles,and jump down the balcony. Take out the two soldiers and the machine gun, then head up the stairs on the left, grabbing more ammo if you want it. The Jackal will appear. Grab the Rocket Launcher lying on the crates and fire all three rockets at the Jackal, then drop the Rocket Launcher. Grab the three rockets on the right using the glaive and shoot three those at the Jackal, and it should explode. Grab any ammo boxes you want, the light your glaive with the fire on the Jackal and burn the covering on the door.

Go to the right and grab more ammo, then head into the alcove with yellow bags and grab some rubles. Head upstairs and open the door on the left, charge your glaive, an ignite the gas leak in the room on the right side of the stairs. Grab more rubles there, then burn the covering. Go up the stairs and take the ammo beside the banister, then go into the room on the left. Take more ammo, then light your glaive through a hole in the floor and burn another covering. Go up into the attic and check behind the rafters on the left to find an accuracy upgrade, then walk forward and watch the cutscene.

After the cutscene, look behind and to the the left for a fire rate upgrade. There's also another Black Market manhole ahead if you need it. Head down the archway on the left and take out all the infected, then hop from cover to cover, taking out soldiers. Advance to the bridge and take out the machine gun. Advance down the bridge and take out the soldiers, then grab the Rocket Launcher next to the machine gun and fire it into the tanker ahead to stop the infected from spawning any further.

Take any ammo you need and head forward and to the left. Grab the rubles on the crate, then head forward and into the ruined church to find an Enferon shells upgrade. Then break open the gate nearby and continue.

Turn the valve in the far right corner to activate the lamps. Use the flame to burn the covering. Continue and kill all the infected in this area, then continue through the archways on either side. Grab the rubles and ammo on top of the grave on the left side, then head down the stairs on the left. Kill the two Moles with Power-Throw, then head up the stairs on the right. Grab the rubles in front of the lamp, then take out all the infected. Dodging makes this fight much easier.

After the fight, head into the alcove ahead and grab the reload speed upgrade on the left, then turn the valve. Grab some fire and ignite the lamp outside, then head back and light another lamp and take out the enemies, who will explode when lit on fire. Burn the covering to the left, continue and take out the mole, then light the lamp above. Kill another mole and burn another covering. Head up and to the right. After the cutscene, take out the two remaining soldiers and grab the puncture upgrade on the right. There;s also a Black Market manhole if you need it. Once you're done, head to the left and burn the covering, then head into the church.

Grab any of the ammo ahead of you if you need it, then head into the main church area. After the cutscene, run forward and light you glaive, then set the Colossus on fire where he's hanging onto a pillar. Once he falls off, run up to him and perform a finisher. Do this three times and he will no longer jump up on the pillars. After that, just keep pounding on him with fire and electricity until he dies. His shield always breaks when you see smoke vaporising from his body. At this point you can throw your fired glave at him to burn him Make sure to dodge his rock throws and charges.

Once he dies, you'll learn Shield. Get any ammo you want, then head forward and grab the two briefcases of rubles, then head down the grate. 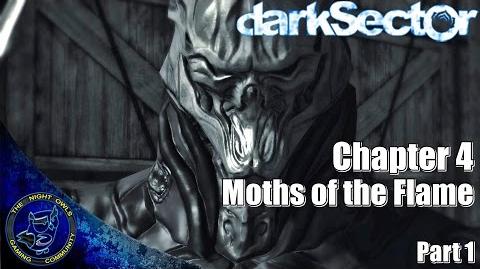 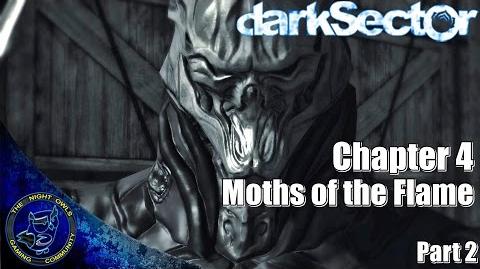 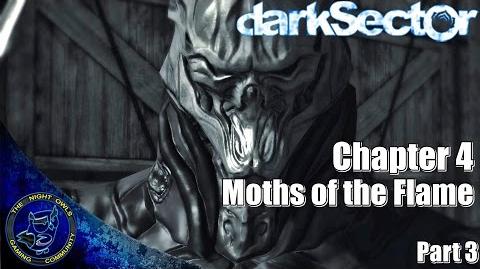 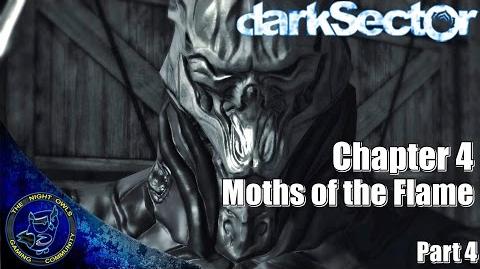 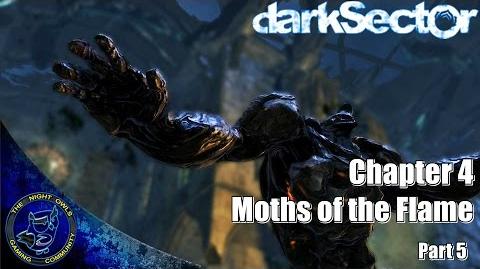