Chapter 7: Industrial Evolution is the seventh chapter in the game Dark Sector.

The seventh chapter, like the fourth, is very lengthy and ends with another boss.

There is a manhole at the starting point. The new weapon available for sale is the Korbov TK6. It's the best assault rifle, with better firepower and accuracy than the AKS-74, but it's very expensive.

In the yard just after the manhole, kill some mutants. There are a few cold canisters here that can provide some ice. Continue into a train shed. Use the ice from the large cold canister on one of the trains to shatter the black barrier blocking the next doorway. Kill more mutants at a second yard.

At the long corridor ahead, kill lots of zombies. Next, at an area that winds under some high elevated tracks, face another batch of mutants and zombies.

At a vaulted exterior area with some fiery debris, some soldiers and mutants are already fighting each other. Try to kill the remaining soldiers from a distance first, because a powersuit soldier will emerge from the first floor doorway ahead. Again, to kill a powersuit soldier, destroy the three lights (two on top of the shoulders and one on the back), and then perform a finisher against him or just mow him down with excessive firepower.

After crossing through a tunnel, fight some more mutants at an exterior area where the tracks curve. Use the ice from the cold canisters to extinguish the flame wall blocking the next tunnel.

Shortly after the entrance to the subway system, the Stalker will make a surprise grabbing attack from a large vent in the wall. Press the displayed button to avoid getting killed.

Past the location of the surprise grabbing attack, the path splits between a maintenance area and the tracks.

There is a manhole at the maintenance area, which is a dead end. To continue, follow the tracks. Fight on across the tracks and platforms.

At a large section of tracks, some soldiers and mutants are already fighting each other. Push the small carts forward for cover while moving closer to the gun emplacement.

Take the rubles case near the tracks, under the gun emplacement. This emplacement is on a flat car, which is stuck inside a tunnel. Climb onto the cars, and go to the other end, where there is a second gun emplacement. Using it or not, kill the mutants and zombies who appear.

In the next section, turn the valve near the stairs to release some falling columns of water. Use the ice from the large cold canister to freeze the columns of water, turning them into temporary cover. Watch out for a powersuit soldier who will emerge from behind a fiery broken pillar. Use the ice from the cold canister to extinguish the flame wall blocking the tracks at the end.

Take the rubles case on the upper walkway, after the flame wall. At the flooded area, use the ice from the cold canisters to freeze the water, so the flooded area can be crossed.

The following section has a fiery broken pillar near some stairs down to the tracks. Use the fire from the pillar to kill the zombies more easily. While moving forward along those tracks, prepare to step into the spaces on the left, between the pillars, to avoid the oncoming train. Fight more mutants while going across the next platform.

There is a manhole at the bottom of some stairs, after the platform with several mutants. To continue, follow the main stairs up to a courtyard with a large statue.

Take the Double Shot upgrade under the truck with some cold canisters, in the courtyard with the large statue. Use the glaive to grab it. When ready, open the door to the plant.

Inside the plant, kill some mutants, and also kill the zombies who will bust through a blocked doorway. Proceed to the large machinery room, and face more mutants.

Take the rubles case on the upper walkways at a corner of the large machinery room, before continuing through the open doorway that leads onward. Take the Stopping Power upgrade on the second floor walkway above this same open doorway. Use the glaive to grab it.

Further into the plant, in a wide large room, turn the valve to release some falling columns of water. Use the ice from the cold machinery along one of the walls to freeze these columns of water into temporary cover.

There is a manhole in the corridor with lots of the ugly black stuff. This is the last manhole until the ninth chapter, so take care in choosing weapons and applying any upgrades. When ready, open the door at the end.

The Stalker attacks by backing away to one of the four corners of the partially flooded room, charging straight toward Hayden, and then clawing at him. Later, it will switch to a projectile weapon. The cold canisters that occasionally pass by on the conveyors along the sides of the room provide ice, which can be used to freeze patches of water, briefly trapping the boss, but doing so isn't necessary.

During the first part, stay in the middle of the room, and watch for ripples in the water to find the position of the boss. When it comes, roll to the side just before it makes its mighty clawing attack, and blast it as much as possible before it turns invisible and retreats to a corner again. When the boss sucks up enough pain, it will stay visible and scale up one of the two pillars in the middle of the room. Keep shooting it while it climbs.

During the second part, after the boss climbs into the ceiling, it will drop back down on one side of the room, turning visible this time, and it will try to shoot an explosive blast aimed at Hayden's face. Find the boss quickly, and use the shield ability to deflect its blast right back at itself, and it will be stunned (glowing red). Sprint up to the boss, and perform a finisher against it to kill it.

After the Stalker dies, Hayden will acquire the shift ability, which renders him invisible for a short period of time, or until he makes any attack. Like the shield ability and the energy pulse, it costs one unit of bio-energy to use.

Use the shift ability to sneak past the security camera overlooking the door at one of the corners of the flooded room. 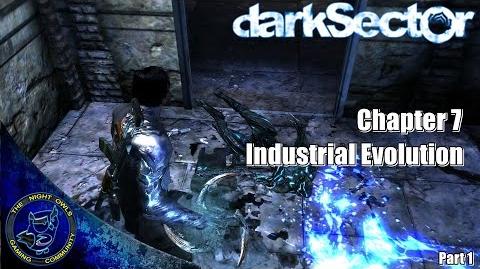 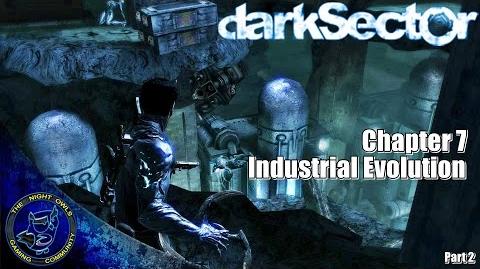 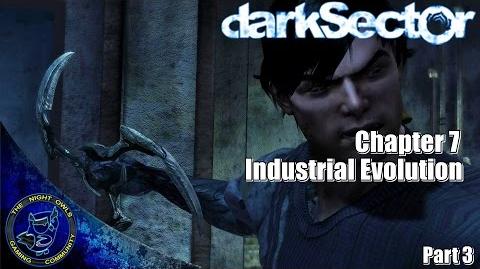 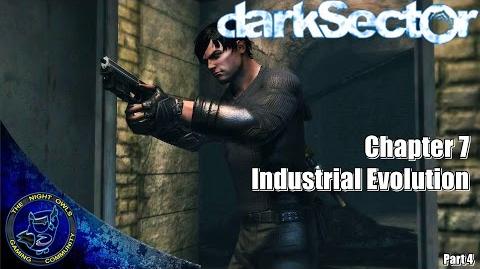 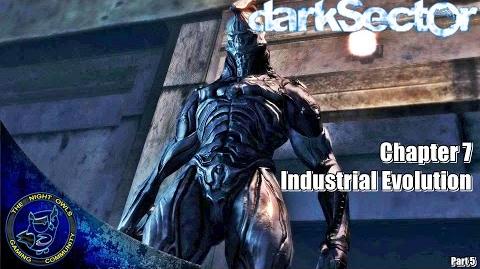 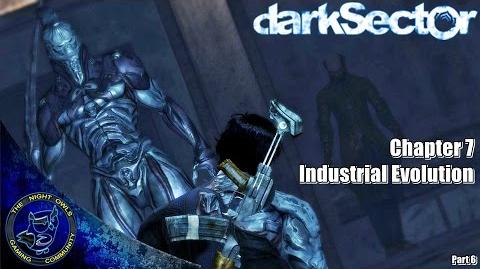