Chapter 8: Unnatural History is the eighth chapter in the game Dark Sector.

The eighth chapter is much shorter than the previous one. There are no manholes here, but upgrades can still be found.

From the starting point, begin fighting through the rooms and corridors filled with zombies.

Take the Accuracy upgrade in the laundry room, which connects to the long corridor with the second wave of zombies.

At the lobby area, kill the several mutants who show up. Work across the second floor, moving past the gun emplacement, and go down the stairs to the first floor.

Take the Clip Extender upgrade at the information desks, on the first floor of the lobby.

Ride the elevator down to the basement. Use the shift ability to sneak past the security camera overlooking the door, and then avoid touching the laser beams, because tripping them will trigger a security lock-down that takes a while to lift.

Take the Fire Power upgrade on one of the surgical tables at the operating room, before the doorway leading down to the bottom level. Use the glaive to grab it.

After acquiring the super suit, fight through more rooms and corridors.

Take the Reload Speed upgrade on a cart inside the large square room with square pillars.

The final corridor is guarded by two automated turrets. Use the electricity from the panel to destroy the turrets, and kill the remaining soldiers.

Take the Enferon Shells upgrade on the cart inside the side room past the turrets, but before going into the elevator. 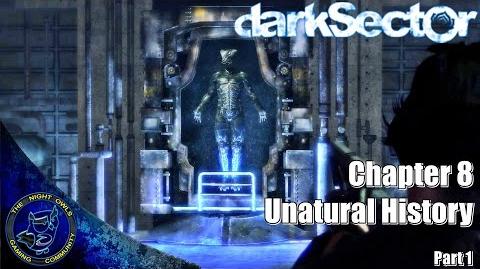 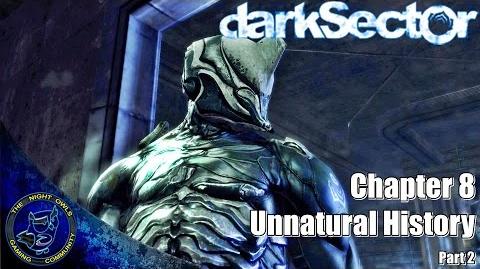