The Lasrian Military will antagonise the player from the very start of the game until the penultimate level. There are several types which you will encounter.

Standard soldiers carry an assortment of weapons ranging from assault rifles to shotguns. They are outfitted with some armor and a gas mask with goggles. They tend to employ realistic military combat tactics- they will take cover when fired upon, will use grenades to draw the player out and frequently change positions in order to close in on their target. They also have a nasty melee if Hayden gets too close for comfort.

'Scientist' soldiers are distinct from the standard variety in that they wear a fully enclosed rubber Haz-Mat suit, which is either yellow or orange. The yellow variety tend to prefer assault rifles as their weapon of choice, whilst the orange carry shotguns. These 'scientist' types basically employ the same combat engagement tactics as the standard soldiers, however favoring the use of Enferon canisters over fragmentation grenades.

Ballistic soldiers are somewhat similar to standard soldiers but ballistics have more armor, different masks and they always use shotguns and fragmentation grenades. 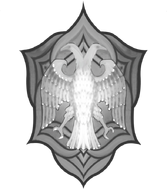 Lasrian haz-mat trooper
Add a photo to this gallery
Retrieved from "https://darksector.fandom.com/wiki/Lasrian_Troopers?oldid=4494"
Community content is available under CC-BY-SA unless otherwise noted.