The Infection game type is a match between Hayden and the Lasrian military. One player assumes the role of Hayden while all others (up to nine) assume the roles of Lasrian Troopers. Hayden is considered the infected target, and it is up to the Troopers to bring him down. Once Hayden is brought down ("finished"), the Trooper responsible becomes infected and a new round begins. A match will run until either time expires, or a set number of points are reached. The ultimate goal of an Infection match is to have the most number of points when the match is over. Points are granted to Troopers by either stunning Hayden, finishing Hayden, or assisting in bringing Hayden down and points are awarded to Hayden by killing Troopers (Troopers can lose points by committing suicide).As a Trooper, the player will be armed with either an assault rifle or a shotgun, have a couple grenades, and one proximity mine. Troopers can only attack Hayden, and so they can either work together (communicating via a shared chat channel) or go solo. In order to bring Hayden down, they must inflict a set amount damage which will stun him, and then, while he is stunned, perform a "finisher". The Trooper that performs the "finisher" becomes infected and plays as Hayden in the next round.As Hayden, the player has no allies, but is armed with a Tekna 9mm, the Glaive, all three Evolutionary Powers, and any weapons dropped by the Troopers or lying around the various maps. Hayden also has access to the elements fire, ice, and electricity (depending on the level) to use against the attacking Troopers. 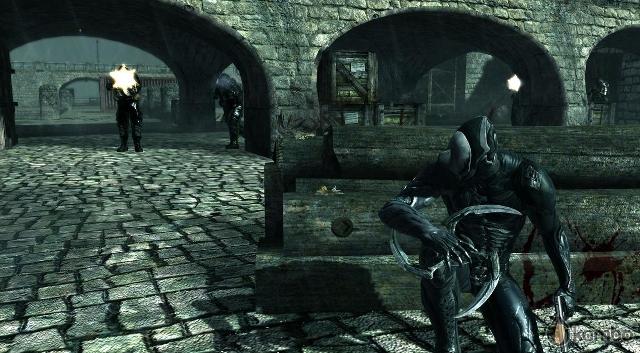 The Epidemic game type is a team based match between the Lasrian military, and the Agency. Players are divided into two teams where (on each team) one player assumes the role of Hayden, and all others assume the roles of Troopers. Matches end based on a time limit, or point total, and rounds end whenever a Hayden is brought down. Team points are awarded whenever an opposing team brings down the other team's Hayden, and individual points are awarded to players based on kills and assists (players can also lose points by committing suicide). Players can only communicate with other players in the same team, and can only attack players on the opposing team. Both the Troopers and the Haydens retain the same functionality they have in the Infection game type. In both game types, players will respawn at designated spawn points when they are killed. 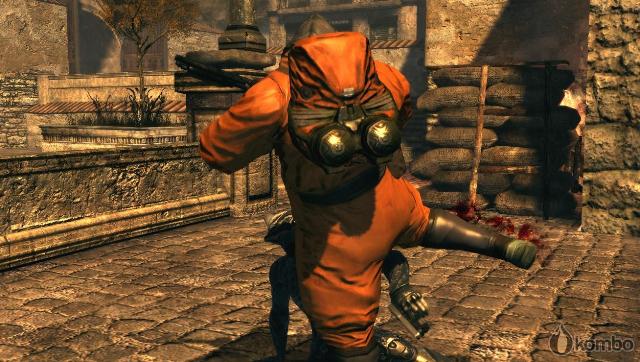 Each multiplayer game type supports up to ten players and has access to five different maps. The maps are unique in size, detail (such as weather effects), and layout. For example, the map called the Deck promotes a more close combat oriented play style, whereas the Court promotes a more team-based play style with its symmetrical layout and numerous opportunities to surround opposition. Multiplayer games can also be customized in terms of time limit, number of players, score limit, and amount of bots.

A Leaderboard is available for both the PS3 and the X360, however theX360 board uses TrueSkill rank and the PS3 uses a traditional scoring system. A player's score on the board (either PS3 or X360) is based on the multiplayer game performance game performance.PS3 vs. X360 Both systems will allow players to create, join, and search for multiplayer games. However, only the X360 gives players a Quick game option, a Custom game option, and a Ranked game option. The Quick game option will pick a game for the player based on their preference of Infection orEpidemic. The Custom game option allows players to set up their own games with the customizable settings of time limit, score limit, number of players, and the availability of bots. Ranked games are directly linked to the X360 Leaderboard. A player's performance in a Ranked game will determine their position on the X360 Leaderboard. The PS3 allows players to search for or create multiplayer games.

Retrieved from "https://darksector.fandom.com/wiki/Multiplayer?oldid=4607"
Community content is available under CC-BY-SA unless otherwise noted.